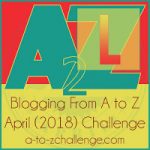 L is for Fritz Lieber today, but I’m using him to represent the incredible array of authors I first read when I was a teen.  They certainly influenced my thoughts of how our future ought to be, giving insights into how the world was going, and the inevitable consequences of failure to clean up after ourselves, to control our worst impulses, and more.

Fritz Lieber and his cohort

In fact, Lieber’s work that I remember had little of that: his was the epitome of what is now known as Sword & Sorcery.  Most of these authors I found in my local library, located in a wonderfully restored 17th century barn looking over a bowls green and the village pond (with a smithy next to it). I well remember finding others from the Fantastic short story collections: John Brunner, Poul Anderson, Fred Pohl as well as Asimov and Arthur C Clarke. All of these had novels and series worth reading. I think it was Fred Pohl whose short stories often featured novel, and horrific, forms of population control.  Most of the best authors seemed to cluster around the B section, I had to remember to go down to L and P. I should mention the Lensmen series by  EE ‘Doc’ Smith as well as Michael Moorcock and Robert Heinlein, but these are maybe still well-read…  And Roger Zelazny was the master of Weird although it wasn’t known as that then.

And yes, there were women here; maybe they are still as well known as the men, although some of these I’ve cited may not be well read by todays scifi fan.  Anne McCaffrey did other things than the Pern series; I was (and still am) very fond of the Killashandra series, and the Petaybee series which I had to look up recently when talking about Selkies. And then there was the Brain & Brawn ship – brilliant invention. Ursula Le Guin caught me with her short story The Ones who Walk Away from Omelas, but I don’t remember reading the whole of the Wizard of Earthsea, although I bought the first four books in one volume recently, so I’ll get to that soon.

My inspiration and a 1000 word flash fiction

All these have had an influence on  my life and my writing life.  I would be honoured to be compared to any of them.  I sometimes wonder whether ideas for my stories have seeds from the past in them, inspiration can sometimes get very close to re-using plots without realising it. This is an example for my Friday Flash Fiction offering.  It’s set in a world where climate change has meant most of Norfolk is flooded (I’m not the only one who’s using that probability).  What I am slightly worried is that the mists and set-up might be a little too like Fafhrd and the Grey Mouser, Fritz Lieber’s wonderful pair of miscreants.  But then, it has been very misty this week.

This was first on the blog in May 2015.  I said at the time I thought it was a cross between Ill Met in Lankhmar and Floodland.  I use it as a tribute today.

You can call him a cat if you like, but Asterel has always been my Familiar. I don’t remember life without him, although he goes off on his own at home.  If anything happened to me in the misty alleyways of Petro Hiram he’d be there.

Some call Petro strange, but to me it is normal.  I listen to tales of cities made of something other than wood, where there is land beneath your feet instead of water, where the sun comes up in the morning without the mist obscuring the view. I wonder how people cope with such dreadful sights.  What would happen if the land was too hard?  Too soft?  Here if you slip between the walkways, or step on a rotten plank, you just fall in and swim out.  They say it wasn’t always like this.  “They” say.  All the oldsters.  In particular my mother.  But then, being the granddaughter of the Ghost, she’s entitled to talk about it more than most.

There are other ghosts around, but the Ghost is family, so is entitled to special consideration.  She mostly turns up in the autumn moons, after harvest and before the ice creeps into the marshes.  She was left by her lover, gone to be a soldier and leaving her carrying my mother’s mother.  He said he’d come back for her, and he did, walking over the water to where she waited on those certain nights, my grandmother a baby in the crib slung between the frame of the old house.  She ran to join him, and were united forever beneath the surface.

The old house is below our shack.  I sometimes climb through the A frame of the roof below our floor when the tide is low. I first met Asterel there.  He was curled up on a cross beam, watching me.

“I’ve been waiting for you,” Asterel said.

“I never asked you to.”  Why should I care whether he was waiting for me?  I didn’t know, then.  Nobody talked about Familiars.  Old Pa Nudd, he had a Familiar, an owl that sat on his shoulder at night.  I never worked out where it went in the day.  It kept the vole population down to a reasonable size, just as Asterel plays his part in our vermin containment.  Some said rats were good eating, but our family kept to fish.  You knew what fish ate, so you knew what you were eating.  Except catfish.  They are scavengers like the rats.

Asterel and me were four years joined now.  If I was paddling out for fishing, aiming for Hicklein or Horsovie, he’d stand in the bow like a ship’s mascot, like Papa Blue-eye described when he told stories round the winter fires; John Silver saving the treasure, or Pirate Cap’n Johnny and his escape on the backs of sea turtles, roped together.  How could you stand on a sea turtle?  They have ridged backs no bigger than my foot.  Even roped together you could never keep your balance astride two of them.  Asterel said he could.  He would.

When I went south, towards the Big Breach, or west towards the Towers, Asterel would sit down by my feet.  I called him a coward once.

I asked what he meant, and he talked of strangers who might see him and not understand.

“No one understands marshmen but marshmen,” I answered him back.

He sniffed. “What you don’t understand, you fear.”

I thought about what he said as I kept paddling.  Pa Nudd said much the same, warning me about strangers when I was out on my own.

“Strangers is all very fine when they visit us and bring gifts.  But where do they get those gifts?  Eh?”

I finished my fishing and told Asterel we were heading home. I tossed him a sprat, too mangled to put back but too small to take home.  He put one paw on it and continued staring northwards.  I don’t know whether he can really see through the mist with those purple eyes.  I know my way through the mist by the eddies and stumps and shallows.  The tide runs in certain streams, so you know by the tide  where you’ll go if you do nothing.  Mostly I paddled so I had to do nothing to get home.

When your Familiar gives you an order, you disobey at your peril.  I headed for the How, a grassy mound at low tide, and a soggy refuge at other times.

I put more effort into it, and Asterel came to sit on my feet.  I felt his power course through me and paddled till we were leaving a white wake.  We slid onto the How and beached on the grass.  I looked down at him, as he steadily washed his feet and ears.

Sound doesn’t carry well through mist.  I could hear screams and yelling and sounds of hammers on anvils.  I closed my eyes to concentrate, and located it at Hicklein.

“What is it, Asterel? Why come here?”

“The strangers of Towers are at large.  Wait till they move.”

“They won’t trouble us, surely?”

He sighed.  “Who knows what strangers do? If Hicklein did not give them tithes, or they need more, they could attack Petro.”

“I must warn them!” I started to push the paddler off, but he stopped me.

“Not yet; wait a while longer.”

We waited.  I heard the swirl of the stream and knew boats were afloat nearby.  Asterel looked at me and nodded.  They were headed for Petro.  He smiled.

Never trust a cat who smiles unless he is your Familiar.

An unnatural current swept them away, past the Mere and across to Thurnemo.  From there they would be swept through the Narrows and out to the open sea.  They’d be lucky if the tide turned soon enough to take them back to the Towers.  They’d be lucky to survive the night.

Tonight we’d be safe.  I pushed off and we headed home.  I never get lost in the mist.  I have my Familiar with me.

L is for Fritz Lieber and other scifi authors #AtoZChallenge2018